I know, I’ve still been M.I.A. on here and although you probably already know why, allow me to explain. Again.

I was at a bar in Queens last night and my friend and I were reading bumper stickers off of the cash register. Most of them were obscured by overlapping stickers or just faded from years of wear, but one of them clearly read:

Not terribly clever, but it spoke to me. Also perhaps not as intriguing as the sticker right next to it that simply read,

The bartender explained that it was only half of a sticker, the other half of which read “If I wanted to listen to an asshole… [      ]”

I liked it better before I knew the first part.

Anyway, it’s the truth. The job one. (Maybe the fart one too given the right situation.) But that’s where I’ve been. Working. Not understanding why exactly, but working just the same. When I’m not AT work, I’m working on my other work (what I’m procrastinating at this very moment). 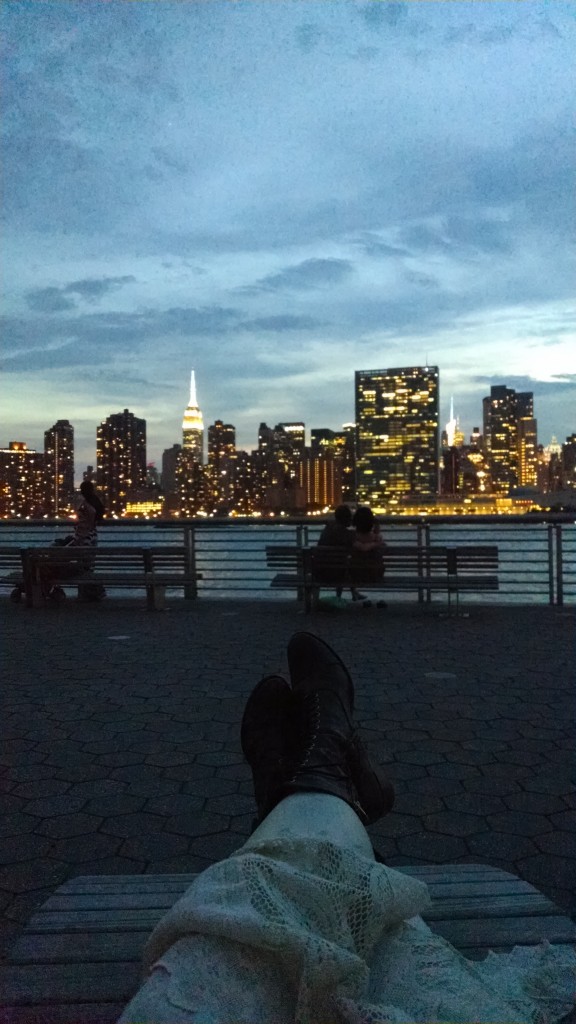 I’ve just neglected poor WastingYouth so much that I can’t stand it anymore. I have five posts from the past three months just festering in my draft folder. And my tagline still says “Female, 23 Seeks a Life.”

Secondly, I don’t think I really am seeking a life anymore. So there’s that.

Should I start taking suggestions for a new one? Maybe it should read:

This is a blog. There are lots of words on it and sometimes – pictures!

A couple of weeks ago I was waiting for the F train downtown. It was late and the platform was relatively desolate except for a few of us waiting to go home. A busker was playing the accordion, a slow and somber piece that I knew I’d heard before. It was Erik Satie’s Gnossienne No. 1. It’s pretty much always played on piano, but it was even more strange on the accordion. It had me feeling nostalgic for something I’m not even sure I knew. Wish I could find a version like that. Maybe I’ll find him again and I can film him.

Well, I’m tired and I should probably get to my work before this cold summer day slips by me. I’ll be back?