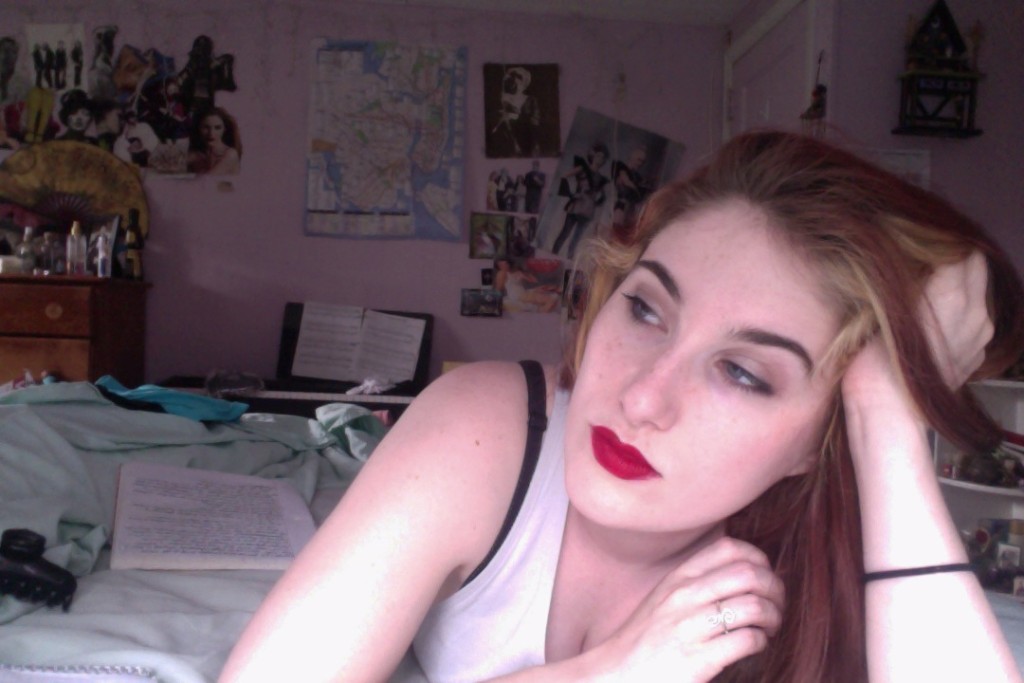 My draft box is filling with essays inchoate for lack of focus. Or lack of time.

I took my nightly walk as usual, but this time the air was cold and suffused with twinkling light. It brought back a memory from when I was 10 years old. It was a night like this and I had just moved into town; my neighbor’s grandson Joe and his friends (about four years my senior), made their way into my backyard. Joe found my brother’s baseball bat and was using it to hit fireflies.

I can still hear the tiny smacks their bodies made against his hard swings. They fell into the grass, their little phosphorescent bulbs remaining stuck in a glowing line along the bat. Suddenly I felt my face grow hot, I ran outside and tried to push him over. As you would imagine my efforts were futile. He just laughed at me.

But I was so devastated. How could he laugh at me?

I’m sure it wasn’t news to me that people were cruel. I had learned that lesson long before and would experience it many a time after. Yet it still makes me ill.

I fear sometimes that my kindness is mistaken for being ‘simple.’ Because so often on the other side of the coin, being a cunt is misread as being ‘opinionated.’ Yet in spite of how my kindness might cause others to perceive me, I don’t think I could ever waver. I won’t ever apologize for it. While it won’t serve me well in every situation, it’s who I am. It’s what I can only hope to find in others. So how could I expect it if I can’t uphold it myself?

Okay, fine. I’m not ‘cool.’ I never have been, I probably won’t ever be. And I’ve never been more pleased to say it. I just don’t get cool people. Sure they’re confident, but they take themselves so god damned seriously. It’s a tireless effort to seem… effortless. (The two are a bit counterpoised, don’t you think?)

Their every statement seems to be a promulgation of the self (premeditated, mind you), but nonetheless, fully informed of whatever the fuck it is that makes them so cool in the first place. For instance, a movie comes up in conversation: “Oh you like that movie? I thought it sucked and here’s my  cunty reason why.”

Example two: “Ugh that band is so awful. They make me want to [insert funny, mean quip I probably stole from reading the New Yorker].”

Sorry. I don’t condone condemnation – of any kind. I’m open to all things and I love to love new things. Sure, I don’t love everything, and it’s not that I don’t have opinions. If I don’t like something I will certainly express it. I just refrain from making others feel like shit if I don’t share the interest. Furthermore, I’m not ashamed of taking pleasure in music, film, etc., that is decidedly ‘mainstream.’ Or things that were once cool, but have now been adopted by the ‘basic folk.’ I didn’t take to it because it was obscure, so its latent popularity will cause no change of heart.

Sometimes I wish that I could have little statements like these for myself, maybe then I’d feel like I had something to contribute. I obviously like to share or else, I wouldn’t have this blog would I? I wouldn’t indulge in the ever consuming social media machine. It’s just that in person, I’m useless. Because when I’m around people, I feel life. I want to know them.

Taking selflies, updating our profiles – we’re so busy looking inward that we forget to look out at the world. Too busy worrying about how we look, we forget to look at each other. I don’t want to know me. I don’t really know me! But I accept that. A big part of my learning who I am is experiencing everything else. That includes knowing you. But not because you’re telling me who you are.

Tell me what you’re thinking about.

And please, please don’t be afraid to laugh at yourself.

Stop being so serious, people. Taking yourself too seriously (in my opinion), has the counteractive effect of making you seem immature. I get this sense of prolonged adolescence amongst my peers. Like everyone is trying to prove something. Stop it!

It takes courage to make a fool of yourself. To admit that you don’t know nearly as much as you think you do. And to open yourself up to the possibility of change.

“Allow yourself the uncomfortable luxury of changing your mind. We live in a culture where one of the greatest social disgraces is not having an opinion, so we often form our “opinions” based on superficial impressions or the borrowed ideas of others, without investing the time and thought that cultivating true conviction necessitates. We then go around asserting these donned opinions and clinging to them as anchors to our own reality. It’s enormously disorienting to simply say, “I don’t know.” But it’s infinitely more rewarding to understand than to be right — even if that means changing your mind about a topic, an ideology, or, above all, yourself.” ~Maria Popova

Okay, I’m shutting up now. I swear. Here’s a song that came on while I walked tonight and it felt profoundly fitting. A frisson of… well, something, came over me that clearly I can’t explain. But it was lovely. And of course, I want to share.

“So can you understand? Why I want a daughter while I’m still young. I want to hold her hand.  And show her some beauty before this damage is done.”