Alright. I am here. Here I am. Forgive my absence throughout the month of December. The holidays swept me up a bit. Now I have to recenter myself. Where am I, what am I doing? Let’s gather my surroundings. I’m at my sanctuary. It’s cold. It’s raining outside. They have done away with the Tazo collection and replaced it with a whole mess of teas from their newly acquired store, Teavanna. Unable to ascertain just what the hell they have up on that neglected little shelf of boxes, I was handed a chart to read through. But I felt pressured to read quickly as a man desperate for his espresso loomed over me like someone in line at the methadone clinic.

So I hurriedly decided on the one that seemed the most… interesting. Unfortunately none seemed very appealing so I just went with the Pineapple Kona Pop. That could be good, right? Except it would be more apt to call it Piping Kona Piss. The acidity and tartness of the pineapple evokes a sort of uriney bouquet. But it grows on you.

Last night I parked myself on the couch to watch all the beautiful skinny people of Hollywood walk the red carpet at the 72nd annual Golden Globe awards while I sampled the new crunch wrap sliders from la Cloche de Taco. An evening of elegance it was. 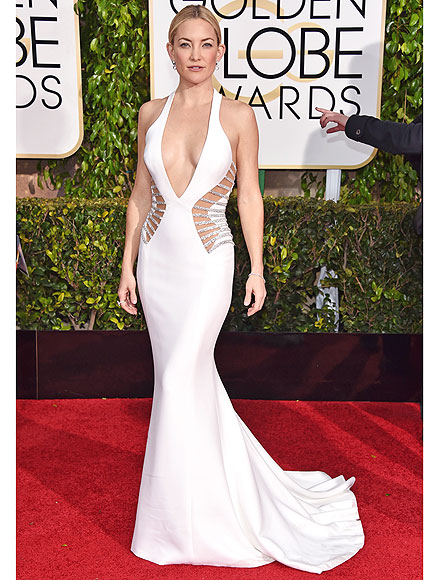 “Don’t look at her,”~ Spokeswoman for crunch wraps of America.

I always feel more entertained watching the red carpet pre show over the show itself. Meryl Streep is timeless, Julianne Moore bathes in virgin blood and Jennifer Lopez is fl-wait… why was Jennifer Lopez there?

I later sat through a 20-minute video forecasting my life in 2015 according to my horoscope.

I watched it twice.

Some people turn to priests, I turn to women in their late fifties in a house full of cats wearing floral-embroidered vests and earthstone beads. And according to them, I am going to have quite a year! I won’t go into too much detail but in regard to the first few months of the year, I’m told that it will be filled with making new connections socially that will lead to new developments creatively. I already feel a sense of that happening to be honest. This is exciting for me! So leave me alone. I have to believe that there is something in the universe that influences our lives for better or worse. A primal connection to that larger energy that powers us all.

Who wants to blow this image up so I can stare at it while I acid trip? ~Moon Goddess, by Josephine Wall.

To my left is sitting a recent Hunter graduate talking on the phone to someone who is going to help him revise his resume. He graduated in June and has been persistently applying to jobs ever since but to no avail. Overhearing the details of this all to common scenario my beliefs are once again reinforced that I have no business being hired by anyone anywhere. I don’t try nearly as hard as most of my peers at trying to get a “real job.” But I also don’t want one nearly as much. I don’t think I’d be happy working for someone in any capacity. I just want to create. For myself and for others. I want to communicate and share my own thoughts and ideas. Not yours.

Today is Monday, the day when most people who have any semblance of a routine tend to get “back on track.” So today I will publish this wholly uninspired piece of crap as I feel it necessary in order for me to get back into writing. I will go to the gym despite the cold, hard, rain that is urging me to just crawl into bed with my pee-pee tea and my lap top to re-watch some episodes of The Affair.

This weekend I did manage to pick up my guitar again. After a month long hiatus due to my injury, I decided I was ready to try again without risking further damage and it turns out- I am ready! It’s nice to be playing again. I’m a little rusty but I found myself missing it more than I thought I would.