The morning started as it usually does. At about 7:30 I wake to the sounds of pans clanging, doors banging, and a nine year old screaming like the house is on fire. It goes like this:
“No school today?” Sean asks before answering definitively, “No school today.”
Well that solves that.
Except it doesn’t, and Daniel is forced to burst his little bubble but not without a resounding
“No! No! Naaaaaoohh!”
I’ve gotta give it to him; Sean’s got some serious pipes.

No, what made today different was that the weather was rainy and depressing and (no thanks to the morning cacophony) I felt too exhausted to get out of bed until 10:00am. Now this should be of no consequence as I usually have the house to myself; I can get out of bed whenever the hell I please provided that I can finish what needs to be done by the time I have to bring Gemma home.  But today Daniel stayed home; the bad weather meant that he would have to drive Gemma back from school.

As I feared, my late arousal did not sit well with him and instead of just saying, “Nice of you to get out of bed you lazy, twenty-two-year-old, american, ingrate,” he did the next best thing. He told me that (in addition to my usual chores) I would have to mop and vacuum all the floors in the house.

Before I could say, “Daniel, your children wreak havoc on this place under normal circumstances. Why do you need the floors cleaned today when there is a torrential mudslide outside your door?” it occurred to me that his motive was not to get the floors cleaned. It was to give my sorry ass some busywork.

So instead I responded: “… okay.” I mopped and vacuumed and cursed and waited for the inevitable.

When Daniel returned with Gemma the rain let up and the house was spic and span. Gemma was a good little girl while daddy was around, giving her strange performance of lovable baby and melting his big, stupid, heart. She even played outside like a normal child until she came in squealing, “Papa, I have to poo.”

After her deed is done she calls, her voice filled with maniacal inflection, “Paaaaapa! Oh, paaaapa!”
“Wipe my bum.” she cracks the proverbial whip.

“Smack her, Daniel just smack her,” I think to myself. But Daniel abides, flushing her waste and apparently all self-respect down the toilet. Before he leaves for the office he turns to me and, perhaps feeling a pang of guilt for my prodigal punishment says,
“Bryn, thanks again for hoovering today. I really appreciate it. I’ll see you guys later!”
My heart stops as I look over at Gemma and see the glint in her eye.

No more than five minutes after he drives away she comes to the door, dripping in mud. No, not dripping in it- basking in it. Mud on her pants, mud on her face, and in her hands two fistfuls of dirt and grass. Written on her sneering face I see the words,
“Your move, bitch.”

So I walk over to her and say, “Not my problem,” before kicking her in the head.

No, sadly I had to resist. I practice my diaphragmatic breathing and take her to the bathroom to get her washed and changed while she stands there looking pleased with herself. I even concede to get a different pair of pants when the first ones I choose fail to appease the beast.

Then off she goes on her merry way while I wash her clothes in what is now my third load of laundry for the day. Sean and Aileen come home, I make them lunch, and they play outside while I cook dinner wearing my Betty-Draper-gown and pounding gin by the glassful.

Okay minus the last part. But as far as I can tell, all is well at the Grierson’s.

Or so I thought. Now it’s important to note that “playing the baby” isn’t an act reserved for the family alone. Gemma’s infantile fantasy extends into all parts of her life. When she’s playing outside with her friends I often hear her crawling around saying “Goo-goo, gaga.”

Excuse me while I goo-goo gag.

Anyway today Gemma decided she would extend her talents into the realm of method acting. As it starts to downpour again I hear the children in the complex jumping around and think, “Aw, listen to those little Irish kids playing outside even in the pouring rain.” Except they aren’t playing…

It turns out that while I was cooking and cleaning like a Stepford wife on speed, the “baby” was out there shitting her little pink pants. The jumping around I heard was actually the sound of four year olds on damage control; cleaning up Gemma’s mess using all the towels, rags, and yards of toilet paper they could grab from the nearest bathroom. 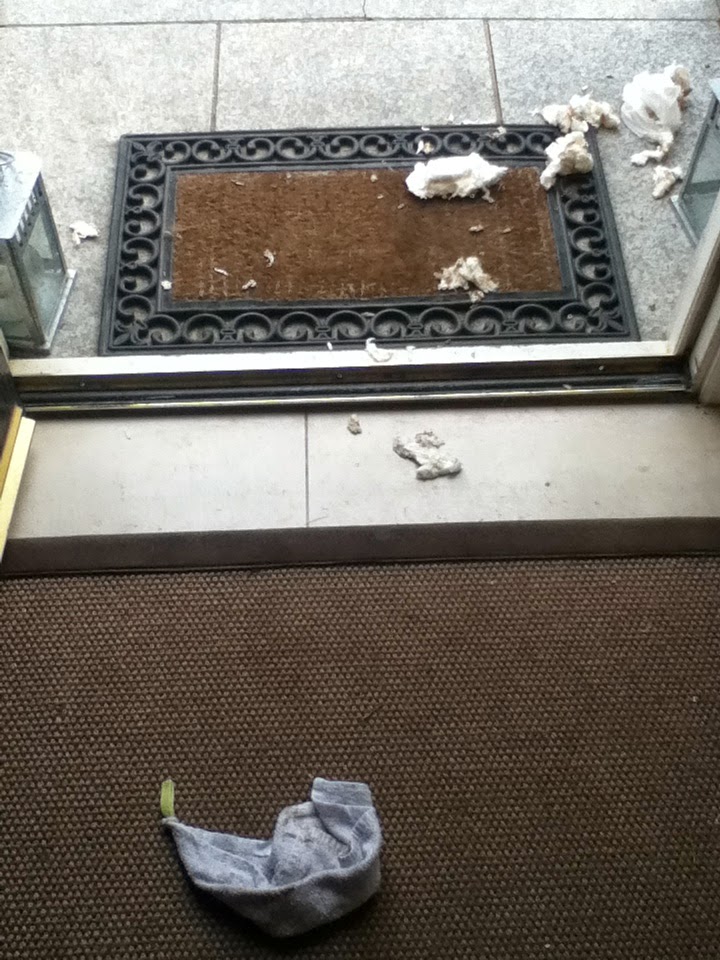 By the time I get down to see the poop filled catastrophe and the frightened little faces of Gemma’s friends (her’s of course is as smug as the sky is blue), Liam is standing in the doorway shooting me the look of death.
Yes, Liam, I am responsible for this. Sorry I don’t have an exorcist on speed dial.
He takes her upstairs leaving behind a trail of her soiled clothes along with the site of the failed cleanup for yours truly to dispose of. 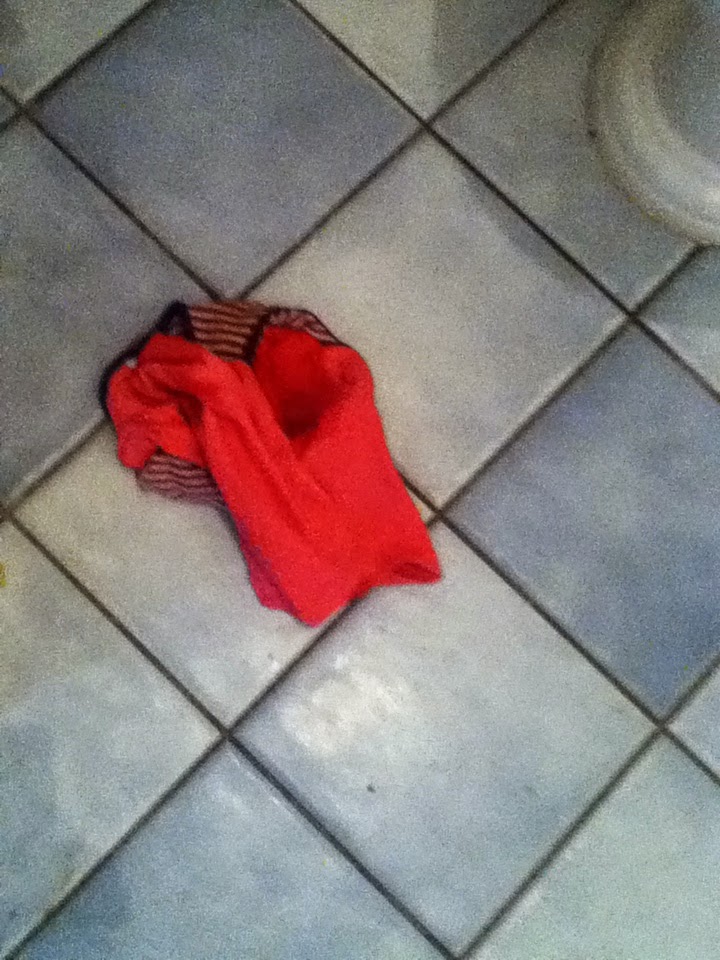 Now here’s the thing. I am a good person. I am an honest person. I understood what my responsibilities were before committing to do this and I’ve far exceeded them. I do not mind doing two, three, even four loads of laundry a day. I do not mind making your beds, cleaning up toys, vacuuming your house, cooking your meals, and walking your godless sister home from school. But I have a limit. And I’ve just reached it.

I put dinner on the table, throw my laptop in my bag and head out to the church of Starbucks before I have a nervous breakdown.

It just so happens that today is also the day I decided to make my blog public. But I did so hastily and without any revision of the posts that were on here. Without going too into detail let’s just say that I managed to hurt someone that I never intended to. Strike two.

As I have my ass handed to me on that matter I also receive the anticipated phone call from a very perturbed Daniel. Too tired to argue and knowing that anything I say would be regarded as an insult to his parenting I just apologize. I spend the rest of the night walking the coast trying to hold myself together and waiting for my strike three. On terrible days, the blows always come in threes.

Well it happened when I came home, got into bed, and tried to start writing this post. My lap top went completely black and for a moment could not be revived. When I got it started again I had lost a few programs off of it including Microsoft Office. Too tired to care.

I hate this day.