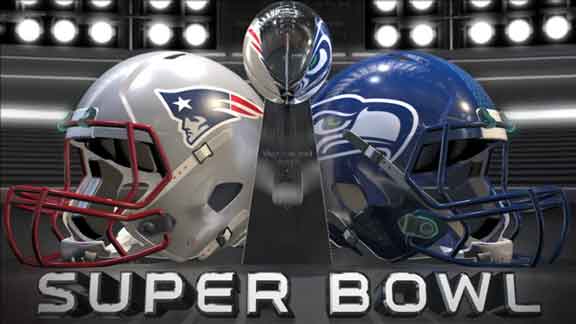 Happy Super Bowl XLIX, everyone! And what a glorious Super Bowl it was.

The air was filled with excitement as millions (who would otherwise not give a shit about football), gathered round to watch commercials.

And some intermittent clips of very large men in helmets plowing into each other.

Okay, I know. I know! There are plenty of people who are genuinely interested in watching for the sport. Fathers and sons, lesbians and frat boys alike – placed their bets on who would take home the glory. Fathers, mind you, being the golden hen for advertisers this year.

“Nostalgic Dad” and “Hero Father” commercials flooded the airwaves to sell everything from credit cards to SUV’s. They were really drilling in the pathos proving that if you can get em’ to cry – you can get em’ to buy. Of course it was predictable, but it was harmless nonetheless.

Then some advertisers took a riskier route… way riskier.

For the ten of you who weren’t watching, allow me to paint a picture for you:

The commercial opens with a little boy clambering on his three-wheeler behind a group of kids, all on their big-boy bicycles. “I’ll never learn to ride a bike,” he sighs. “Or get cooties,” he proceeds.

“I’ll never learn to fly, or travel the world with my best friend. And I won’t ever get married…”

Now imagine all this accompanied by an overlay of whimsical music and cinematically dazzling imagery meant to simulate the romantic, unfettered dreams of a child. And then he says (drumroll please),

“I couldn’t grow up, ’cause I died from an accident.”

What was that shit?

It elicited a visceral response from my sister: “Oh my god, that was fucking awful.” I had to agree. But isn’t that exactly what it was supposed to be? Nationwide showed the harrowing story of a child’s life never lived as told by the dead boy himself.

Thank you, dead boy. Your commercial was creative if nothing else.

Their newest logo… according to me.

The Super Bowl also advertised… itself. Which is new! At least to me. Brief segments of various celebrities “getting ready” for the big game were shown to garner usage of the hashtag, #Superbowlrally. Britney Spears did one and I think we can agree that it wins second runner up for Most Tragic Super Bowl Commercial. 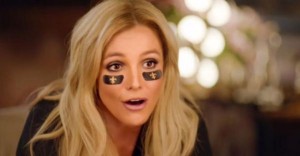 This 10 second clip of her performing “vocal warmups” in her dressing room has me convinced that her manager just went ahead and installed an auto-tuner directly into the poor girl’s trachea. But hey- she looked great. 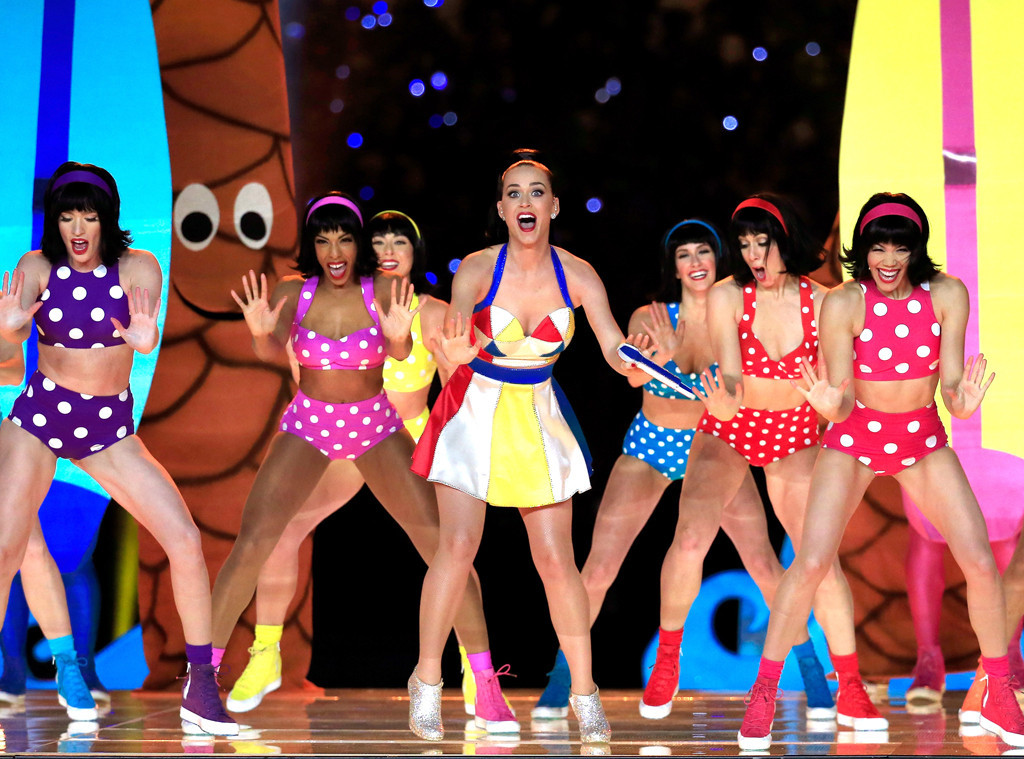 Then half-time came around and Katy Perry contributed to this All-American spectacular by reinforcing our undying worship of big tits and the fetishization of grown women who dress and act like little girls.

While certainly tamer than her typical performance, Perry stuck to her shtick. She pranced around while flanked by an array of anthropomorphized and cute-ified objects: cutesy sharks, cutesy beach balls, cutesy palm trees, and let’s not forget her cutesy-tootsey, open-mouthed, wide-eyed, all american self. Who wouldn’t want to watch that? 🙂

I found the whole thing boring and expected, (open with Roar, close with Firework, yep, clap-clap, yawn) until…

The best thing that ever happened to the Super Bowl halftime happened. Out pops the legend herself- 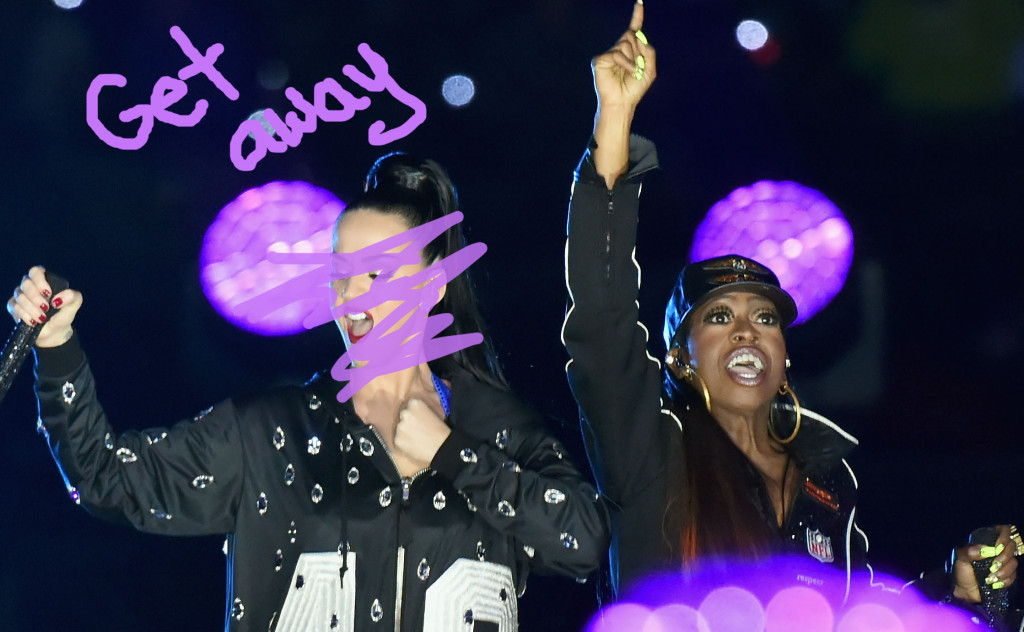 I am not ashamed.

Since the performance (YESTERDAY), three of her songs jumped into the top ten on the iTunes charts. Her last album was ten years ago and the bitch STILL can’t be touched. There is no one and never will be another artist like Missy. Come back to me, Missy. I need you.

And then it was all over. All across the great US were living rooms littered with empty Bud Light cans and leftover hoagies, lingering breast-induced-boners, and many a conversation about football and of course that great driving force that brings us all together and makes us so strong- capitalism.

Until next year, guys!